Day number 3 began sunny, warm and full of promise. I took a leisurely romp through the continental breakfast area at the Super 8 motel,  loading my plate with an assortment of breakfast items I would never normally consider ingesting except for that they were suddenly “free”.  A half eaten plate of pop-tarts, lucky charms and waxy apple later, I was ready to hit the road again. Small word of advice: hold on  to that plastic motel key card till the bitter end because once you return it there is no going back  even despite the lack of a public restroom.  After some pleading, the woman behind the counter reluctantly gave me the card back, all the while eyeing the road donuts in my hand suspiciously. Apparently the Continental breakfast isn’t “to go”.

So already this day was starting out somewhat ominously. The monotony of the landscape continued. It began to seem like there was some correlation between topographical blandness and religiosity,  for the amount of churches, religious themed billboards and evangelical radio was increasing dramatically. “Blessed are those with faith for they shall inherit wide expanses of nothing.”

I hit Illinois only to encounter my first traffic jam since leaving New York.

Minutes stretched in to hours.  Hours stretched in to days. Foot is locked on the gas peddle. Eyes are locked on the white lines of the road. Body is shaking from the ceaseless vibrations of the truck. Weariness, hunger and boredom set in. The only reprieve is the occasional stop for sustenance at a roadside convenience store in some small town when who should appear from nowhere but this beautiful specimen of humanity. And suddenly everything is right with the world again (unfortunately I couldn’t get his facial hair in this shot but  it was done in corn rows)

So with renewed hope I plunge headlong in to what is to be my most challenging experience yet. I decide to take a break and eat my sandwich on the banks of the Old Mississippi. I cross the bridge in to Iowa and find a cute little town on the banks of the Ol’ Miss called LeClaire – home of the Buffalo Bill Museum. The museum is great, not only as a tribute to William Cody – once the most famous man in the world – but also as a relic of 1950’s  American interior design. Unfortunately I did not have a lot of time to explore the museum because the only reason I went in side was to borrow their phone to call someone to help me get back in to my truck. It seems someone had locked the keys inside it. Whoopth. 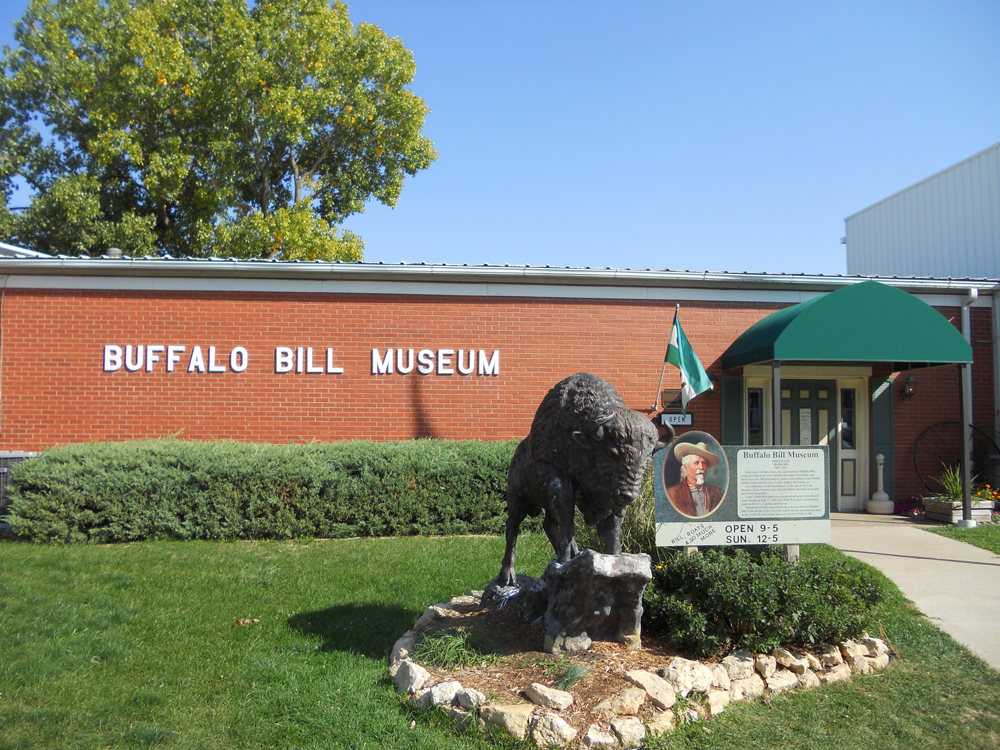 I knew when I first saw the non-power locks on the door of the truck that this was but an eventuality. I called a few garages from the phone book but they were all either closed or too far. When the one guy who WAS nearby found out they were non-power locks I could practically hear him salivating through the phone receiver. “I’ll.. uh.. call you back”, I said. I called AAA but they were acting cagey due to some mix up with my account and the fact that I was registered in New England but was in Iowa. They said they would call me back.

Meanwhile a group of people had been watching me from their balcony overlooking the river and once they were aware of my predicament they jumped at the occasion to help me out. Mid-Westerners are super friendly. They had the brilliant idea to call the police. Coming from the New York you’d never think to call the police about something like this for fear they would show up, break your window and then write you a parking ticket for standing too long. But in other parts of the country this is something the police do.

So a police officer shows up and he is quite friendly. He phones another plains clothes officer who shows up with a bunch of tools including a long wire with a hook on the end. They wedge the side of the door open with what look like door stops and the first officer spends a while with the wire trying to flick the unlock switch inside the door. The sun is beating down hard and after a while he gives up and spits on the ground. “Ok, you try it.” The plain clothes officer steps up to bat and in a few minutes – pop – the door is unlocked. The first officer grins a big old grin and says, “When in doubt, call a Mexican!” I kid you not.

So I thank everyone profusely and hop in to the truck. I need to make up for some serious lost time so I jet across Iowa. For those of you who have never been it looks like this: 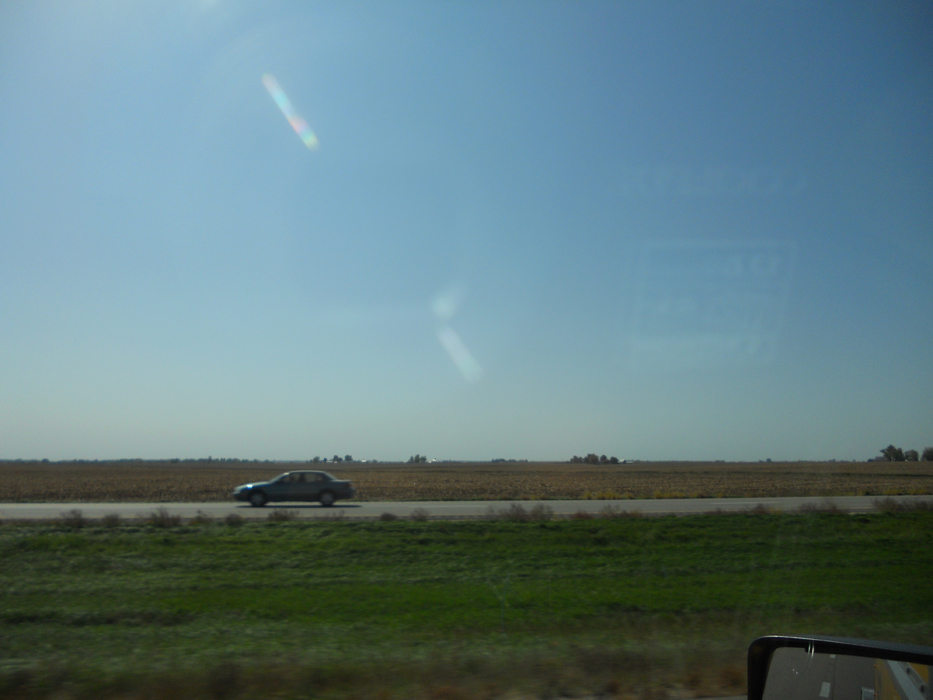 Imagine my surprise when I come all this way to find myself here:

Around 10pm I make it to Omaha, Nebraska and decide to call it a night. I pull into another Super 8 and have dinner at a Village Inn, home of the famous pie. I crash hard ready to start it all over again tomorrow.