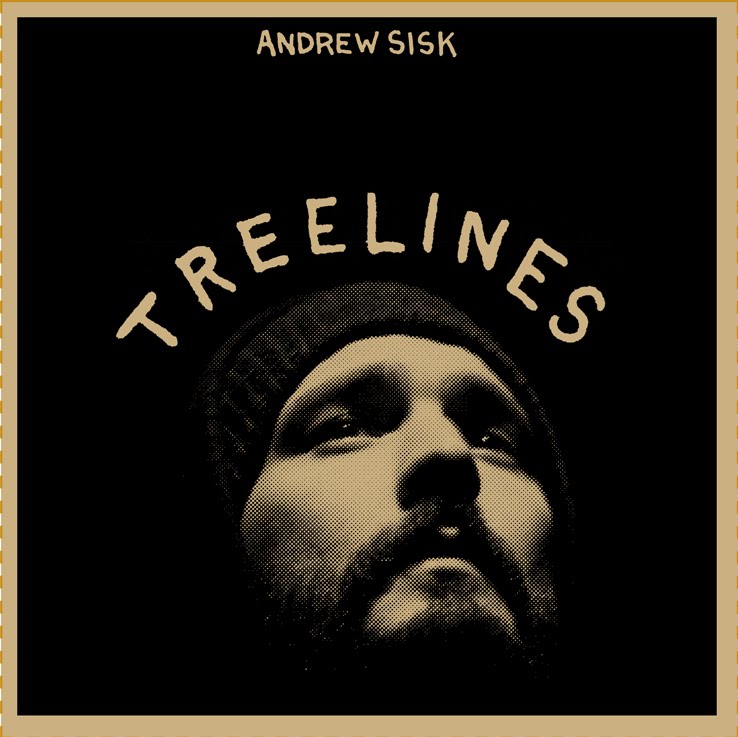 I’ve been a fan of Andrew Sisk’s band Share for a while now. Two of their albums, Pedestrian and Slumping in Your Murals, are among my favorite rock/folk albums of the past decade. So I was excited when I heard that Mr. Sisk has released his first solo album, Treelines. I paid for (crazy, no!?) and downloaded it shortly after it was released and have been digesting it ever since. The verdict? I like it. A lot.

Mr. Sisk has a wonderful ability to write short, catchy songs that instantly conjure up a mood, place, or time—somewhere you think you may have been or something you imagine you may have experienced but can’t put your finger on. It’s thoughtful, evocative music, and you find yourself humming the melodies long after the album is finished. This is especially evident on album standouts like Bridges Burn and Pause—craftily composed tunes with a definite pop sensibility but with lyrics that relay a deeper meaning.  Mr. Sisk approaches lyric writing much like a poet would (similar to his predecessor and fellow Canadian Leonard Cohen). His songs are frequently elaborate analogies on love, death, betrayal, and other broad facets of life. He is able to juxtapose images of industrial progress and urban blight against a backdrop of pastoral serenity. This is seen to great effect on the title track Treelines where Mr. Sisk  appears to be attempting to reconcile his rural upbringing in Nova Scotia with life in the modern city.

Some of  my personal favourite songs on Treelines are  the down-tempo ballads Fulltime and I whispered it. These songs  feature Mr. Sisk’s unique vocal styling—an instantly recognizable sound like warm water running over worn gravel.  His voice  flows through  these songs like an elegant thread sewing the album into an beautiful whole.

The major downside to Treelines is its length. Clocking in at just under a half hour it is long enough draw you in entirely but ends quickly enough to make you believe you missed something important.  This feeling is summed up perfectly in the abrupt final line from  I whispered it: “I tried to have secrets…they always end up songs, I had tried to rewrite them.” I can sympathize with this sentiment entirely, but sometimes you just have to let the secrets flow.